Martha's Vineyard Island lies off the Southern Coast of Massachusetts and is 7 miles by ferry across the Vineyard Sound from Woods Hole. The Island has a year round population of roughly 15,000 and a summer population of upwards of 100,000 people. The Island is 15 miles wide by 22 miles across and boasts 6 different towns each of which is completely unique onto itself for activities attributes and historic attractions. The three towns designated "down island", Edgartown, Oak Bluffs and Tisbury (Vineyard Haven) have sidewalks and shops , businesses, the hospital, churches, schools, restaurants and bars, harbors, ferries and year round bustle of activity. “Up Island” towns, West Tisbury, Chilmark and Aquinnah are characterized by the small rural town centers, the quieter more pastoral heartlands, and are bounded by ancient stone walls, a fishing village and Harbor, home businesses, farm markets, farm stands, an Agricultural Hall and Grange, and fields of crops, sheep and horses, culminating at the beautiful red Aquinnah Cliffs at the furthermost tip of the island, home to the Wampanoag Indian Tribe. We have gorgeous beaches, both public and privately designated, as well as the best swimming and fishing and boating along the east coast. We have miles and miles of hiking trails and a large state forest right in the middle of the island near the airport. There are five nationally designated lighthouses on the Island which can be visited and toured during the season. More than 40 percent of our land and fields and shores are in conservation protection so that they will be enjoyed into perpetuity. Come and explore our bountiful island.

How to Get to Martha's vineyard 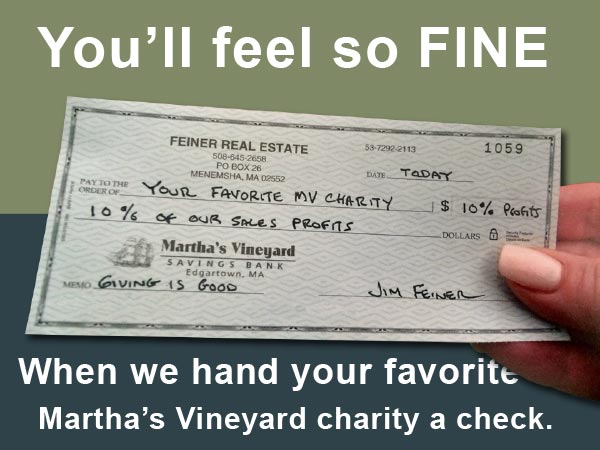